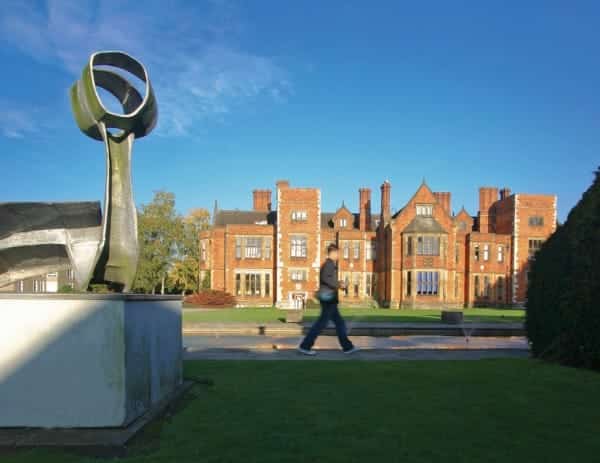 University of York was one of the first UK universities to recogniZe SafeZone’s potential to bring existing security and other services together onto one simple platform. The app is now used widely by the university community and accepted as part of everyday life.

University of York is a member of the elite Russell Group of universities and has carved out a reputation as an academic powerhouse offering the very best research, teaching and learning experiences. It has a large dispersed campus with several satellite buildings within the city, 24/7 chemistry and biology labs, and also offers its 18K students and 3.5K staff a wide range of international research and study opportunities.

SafeZone was launched by the university in January 2014 with a top-down commitment across multiple departments to make it a resounding success. Four years later and the university has become a beacon of best practice use: the app is being used to support multiple business objectives; user numbers are growing year on year; almost one third of term-time first-aid and emergency calls come via SafeZone. Due to their success, York is regularly visited by other organizations keen to learn from its experiences.

SafeZone is mandatory for all University of York security staff and some potential high-risk groups, such as welfare officers or receptionists who use Bluetooth wearables so they can discretely raise an alarm. But for everyone else, the security team has worked intensively to fully exploit the system’s features and built-in flexibility to make it as easy as possible for staff and students to engage with it.

With the growth of internationalisation, the use of the SafeZone app outside of the UK is proving an invaluable management and safeguarding tool. Being able to contact users abroad and provide them with a comfort level of personal security is a major consideration and mitigation when managing international travel.

For example: if anyone needs to visit one of the university’s off campus locations then they are encouraged to set SafeZone on their smartphone for auto sign-in/ out to log their location with the security control room.

The university’s IT services team has also installed a Bluetooth beacon system within the library to enable SafeZone to provide accurate indoor positioning to within a few meters. In addition, the team is investigating whether a similar approach could be adopted for auto check-in for students at lectures as opposed to them having to sign in.

To help further drive usage, the university has configured SafeZone as a single point of access for students to report any problems with their accommodation such as water leaks or broken appliances. Help requests go through to the 24/7 information center, who can triage the call and pass it to estates or the relevant department. At the same time, the Estates Department is considering the benefits of mirroring the security team’s approach by using SafeZone and its Omniguard control room app to help manage its own plumbers, electricians and other assets on the ground.

The security team are immediately much more involved when using SafeZone: they know where they are going, where their colleagues are, and what they are likely to find. And it empowers them to make better decisions on the ground too.

The university has also fully integrated SafeZone into its travel policies so that students and staff have to use the app to access the university’s insurance cover for their assignments. And as a result the university has been able to secure better commercial terms including lower premiums and higher sign-off powers so that more travel requests can be approved internally without referral.

SafeZone has also proved invaluable in a number of recent international terrorist attacks where the university’s control room was able to actively communicate with students and staff who were close to an incident and to provide them with essential advice and reassurance.

What I like most about SafeZone is the innovation. SafeZone was brought in for one particular type of solution but after working with them for four years, more and more innovative ideas have come into place that we’ve been able to use.

SafeZone is now accepted as part of University of York’s culture and has been incorporated into many of its operating procedures and policies. System benefits include:

We’d be very happy to talk to other universities about the advantages we’ve experienced from implementing the SafeZone app.